Let's look back at the 2003 convention at Flint Michigan, where the first Corvette rolled out of the building on June 30, 1953.  The Convention was held at the Character Inn in downtown Flint.  The caravan started from the entrance area on a beautiful sunny summer day some 50 years after that first Corvette started it's journey into the history books.  Here's a view of the entrance area on the morning of June 30, 2003:

And what a day it turned out to be.  We went convoy style to the Sloan Museum for a show under the trees.  Here's how that looked:

While at the Sloan Museum, the Mayor of Flint made a proclamation. He proclaimed the day as the Solid Axle Corvette Day. 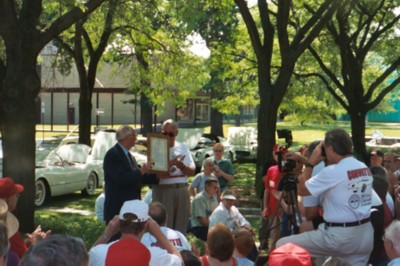 Next we went parade fashion with police escort to Al Serra Chevrolet: 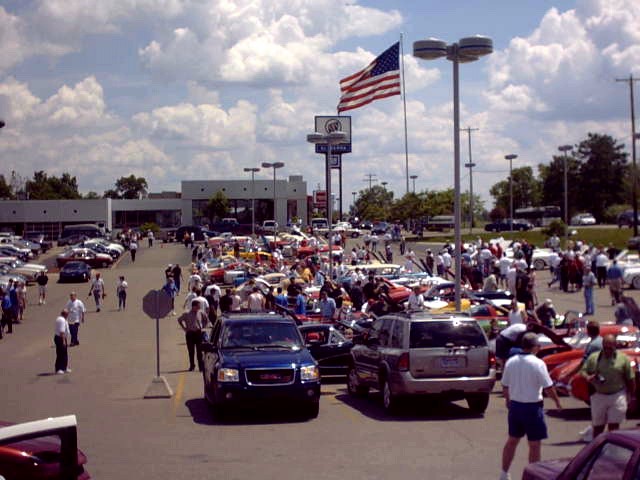 Then it was to the plant building on Van Slyke Blvd.  The building is in the background in this picture: 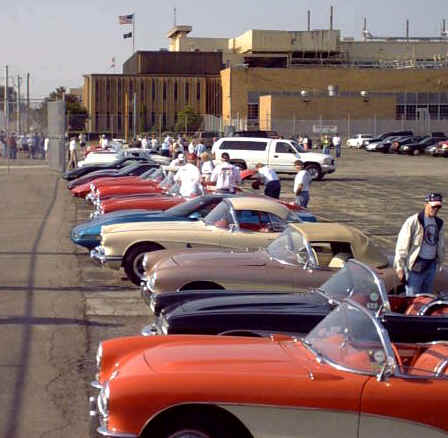 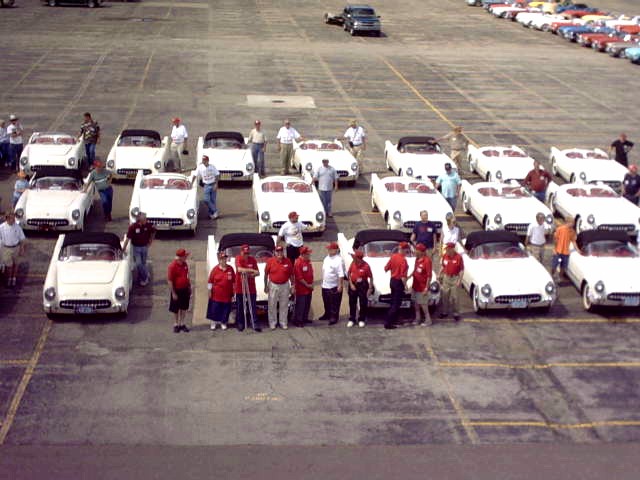 But that's not all.  There was a spectacular banquet that evening. 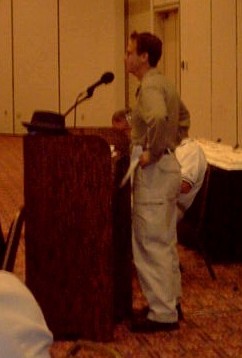 One of the guest speakers was the grandson of
Harley Earl.  Listeners gained an understanding of the
talents and insight of the legendary designer.  Note
the hat on the podium.  This is not an advertising
prop; it is Harley's actual hat.

And speaking of hats, a special "Hat's Off" to Noland Adams, who put the whole thing together.  He literally worked years to make this a most special tribute to America's sports car.